Full Service Is Back

Sit back and relax in your vehicle, as one of our pump attendants fuels your vehicle and washes your front and back windows completely free of charge!

In December 2021 Calgary Co-op gas stations transitioned to E10 ethanol blended regular gasoline.  Effective November 1, 2022, all grades of gasoline will contain up to 10% ethanol*.  This change is not our decision, but a response from our fuel suppliers and the rest of the industry to comply with the Government of Canada’s Clean Fuel Standard regulations. Other Co-op gas stations across the province have already made the switch.

The Clean Fuel Standard is an important part of Canada’s climate plan to reduce emissions, accelerate the use of clean technologies and fuels and create good jobs in a diversified economy.

The Clean Fuel Standard is a proposed regulation, to be established under the Canadian Environmental Protection Act, 1999. The regulatory requirement will be imposed on fossil fuel suppliers.

The regulation will require fossil fuel suppliers to make the fuels they supply cleaner and less polluting overall. In so doing, they will contribute to the reduction of green-house gas emissions, mostly from the transportation sector which accounts for 25 percent of Canada’s total emissions in 2018.

The Clean Fuel Standard builds on current federal and provincial renewable fuel regulations. By moving to regulations that focus on emissions throughout the lifecycle of fuels, the Government of Canada is following similar approaches that already exist in British Columbia, California, Oregon, and other jurisdictions.

*All grades of Gasoline at Macleod Trail, Dalhousie and Montrose already contain up to 10% ethanol.

Members can sign up for Me-wards by connecting their email to their Calgary Co-op member number. You’ll receive weekly inspiration and exclusive savings, straight to your inbox. Redeem Me-wards offers right from your phone for instant savings on groceries, wine, spirits, beer, and fuel. *Weekly Me-wards offers are separate from the amount you earn towards your annual member refund. 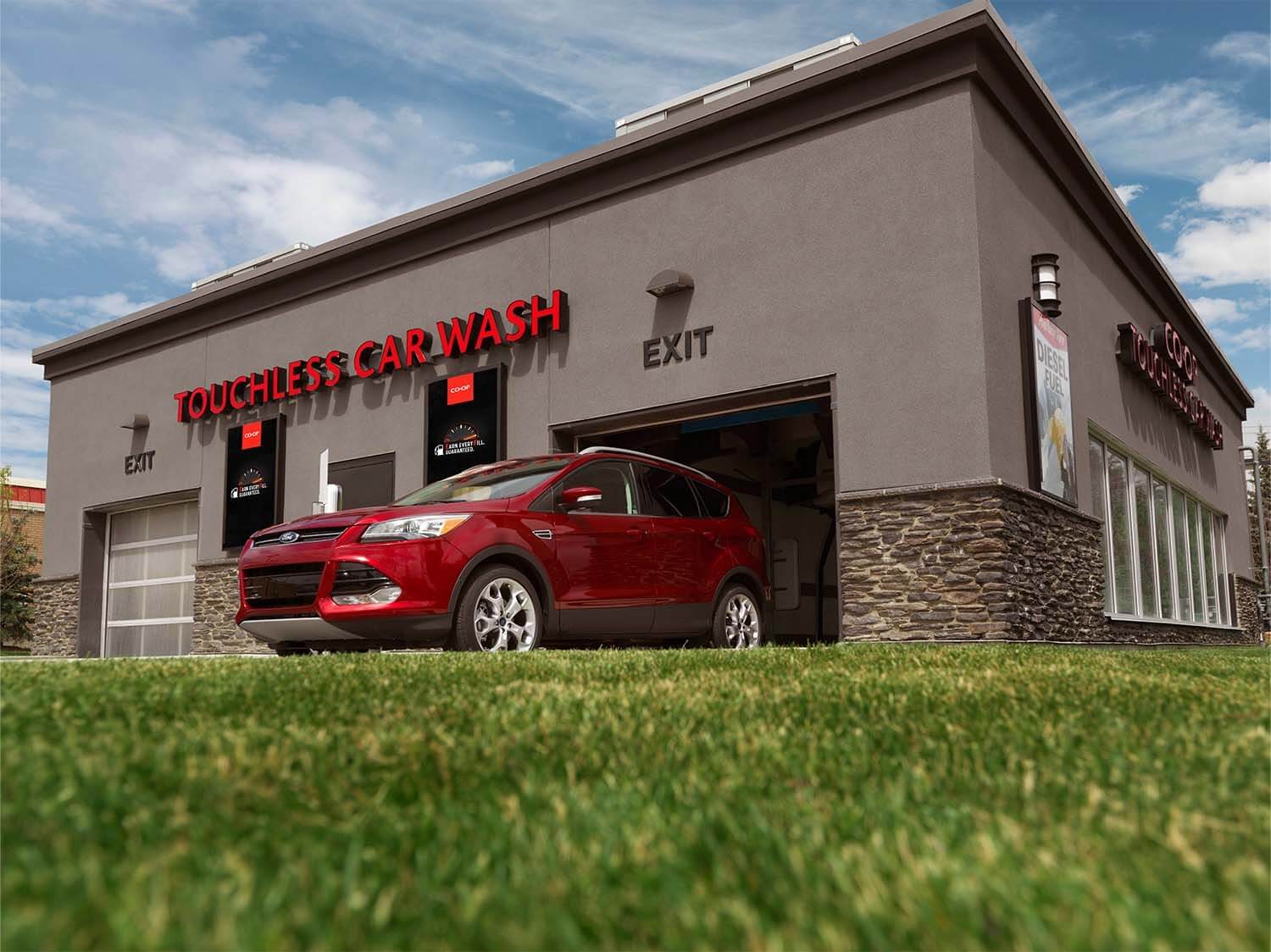 Turn some heads and keep your vehicle looking its absolute best with our Touchless LaserWash® System and Turtle Wax® products. Your vehicle will look awesome, and you’ll earn equity and cash back. Plus, save big when you pair it with a fill of at least 30L!

Now, One Code - All Locations.
When you purchase a car wash at any location, your car wash code is valid at any Calgary Co-op car wash location.

Our Regular Wash plus:

Our Premium Wash plus:

Unless you’re stuck in traffic, it’s more efficient to turn off your engine when your car is stopped for over a minute.

Your vehicle is least efficient when accelerating or idling. Maximize its fuel economy by accelerating gradually, keeping a consistent speed, and using cruise control when possible.

Each 25 kg of added cargo increases fuel consumption by 1% in a mid-size car.

More Ways To Save Fuel & Money at Smartfuelling.ca

Propane is about more than just fuel. It’s about family time around the grill and amazing evenings spent outdoors with friends. Get ready for camping, barbecue or outdoor cooking by ensuring your fuel supply is topped up.

Make sure you’re prepared and stop by your local Calgary Co-op today!

Has your tank expired?  We also sell recertified cylinders at all propane locations; just bring your expired propane tank in, and head home with a new recertified one.

All our gas stations offer freshly brewed Co-operative Coffee. Choose from Breakfast Blend, 100% Colombian, or French Roast. We are sure you will find one you love!

Monthly Deals In The Convenience Store

When you're waiting at full-service for the attendant to finish filling your car or need a quick snack for the long ride, why not pop in the convenience store for some of these great deals and more.