To Boost Your Summer Flavour

Grilling season is upon us, which means tossing cuts of meat and seasonal vegetables on the barbecue, often having been soaked or rubbed with a wet or dry marinade to boost flavour. The difference between the two is its moisture level: a dry rub is a blend of dry spices, salt and often sugar, while a traditional liquid marinade is primarily made up of ingredients like oil, soy sauce, citrus juice and vinegar. 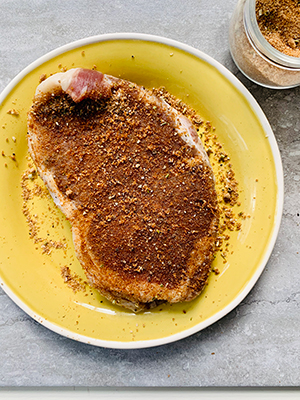 Rubs are best for beef, bison, pork, chicken, turkey, lamb and fish, and are usually made up largely of chili powder or paprika (which is made of mild ground chilies), salt, pepper, onion and garlic powder, and often some dry herbs like thyme, parsley or oregano, sweetness in the form of brown or white sugar, and black pepper, hot chili flakes or cayenne for a kick of heat. Though there are plenty of pre-made spice rubs on the market, they are simple enough to make yourself, which also ensures the spices you use are fresh—particularly if you toast and grind them yourself. If you mix up a larger batch, you could decant some into small jars to give as gifts, and it will last in a cool, dark place for up to a year.

Dry rubs can be massaged over the surface of your meat immediately before grilling or roasting, or up to 24 hours before to allow the flavours to penetrate. All kinds of cuts can be refrigerated overnight or even frozen in its rub for up to 3 months. 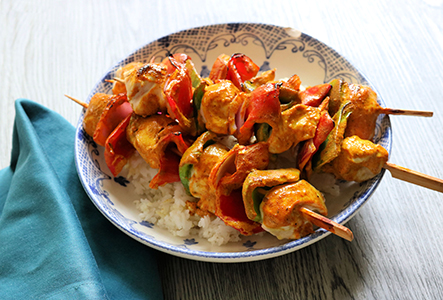 easier to coat small pieces and strips (as in chicken or pork satay). Contrary to common belief, marinades don’t do much to tenderize meat; however, an acidic marinade, particularly those that contain lemon or lime juice, can cause raw fish to cook without heat; when marinating delicate fish or other seafood, keep the acid low and the marinating time under 20 minutes. Plain yogurt makes a particularly good flavour carrier and tenderizer for a variety of meats, but particularly chicken; add citrus zest, garlic, ginger, chilies and/or spices, slather it over the surface (if it’s thick) or submerge it in a ziplock bag (if it’s runnier) and refrigerate for several hours for maximum effect. For longer storage, toss or submerge your meat in marinade, seal and freeze—the marinade will protect the surface against freezer burn for longer storage. 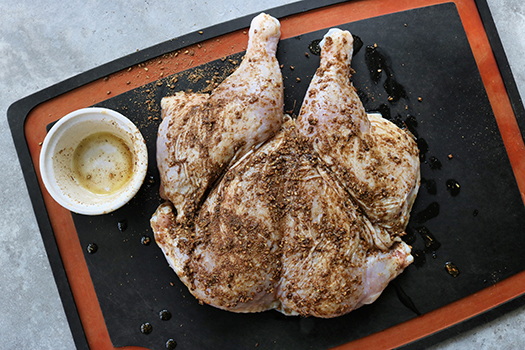 This makes enough to generously rub a couple racks of ribs or a whole chicken, but it can easily be multiplied (just keep the ratios generally the same) for a larger batch.

Mix all the ingredients and store in a jar in a cool, dark place for up to a year. Makes about 1/2 cup. Fish is deelish! Fish is a tasty and very healthy choice when it comes to suppertime proteins. This time of year it’s all about Sockeye Salmon. When you’re grilling this summer, you could stick to cooking chicken legs, thighs or breasts, but why not switch it up and try chicken kabobs? Nothing says summer like grilling up a stack of ribs! The pull-apart texture and the smoky flavour you can get from your barbecue or grill...