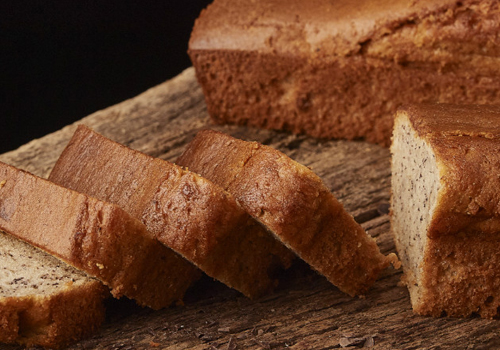 When you think of hospital food, you certainly don't expect it to be tasty, and skillfully prepared by a master chef. But for celiac diners at Calgary area hospital cafes, the food they get while visiting convalescing patients is being prepared by a high end pastry chef.

"Normally gluten-free is tasteless, and dry," says Sebastian Judkovski, from his bakery in northwest Calgary."We wanted to change that and create a high quality, truly delicious product for celiac customers."

Judkovski and his wife own Ohh La La Gluten Free Bakery, and are one of the main providers of gluten-free foods to Alberta Health Services cafeterias. Now his products are commanding so much attention they're more widely available, including in Calgary Co-op stores.

The same guy who makes hospital food, is also baking pastries for Co-op? One may wonder, what gives? Judkovski impressed health officials with his innate ability to craft gluten-free products that taste leaps and bounds better than other similar products, and the team at Co-op was similarly wowed.

A French Pastry Chef with a Passion for Gluten-free
Judkovski used to make high end cakes and pastries at his Ohh La La Patisserie bake shop in West Springs. He once crafted cakes for customers that didn't bat an eye at spending a couple hundred dollars on a birthday confection. Then Calgary's economic downturn hit.

Economic Crash Forces a Change of Direction
"We were one of the most high end pastry shops in the city and that helped us build a wonderful business—at least until the economy crashed. It hit us really badly. I'd say 90% of our clients were affected by losing jobs in the oil and gas industry, and within a few months of that, we had to close the shop," explains Judkovski.

Pondering their next move, Judkovski and his wife Yanina knew they wanted to stay entrepreneurs, and remain in the baking world, but knew they had to make a change.

The Judkovskis arrived from Argentina to Canada in 2003, then relocated permanently to Calgary in 2004.

"For 20 years I was a pastry chef. I studied in Argentina, the U.S., and several countries across South America. My focus was always French cuisine," recalls Judkovski. 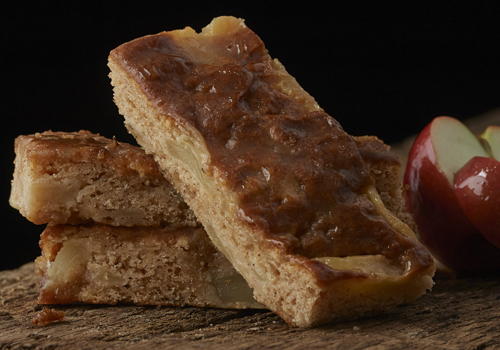 Gluten-free is More Than Just a Trend
After doing some research, the family saw the potential of gluten-free baking, but felt what was missing from many products was, in a word, flavour.

"When people try our products, at first they say, 'no, I don't like gluten-free foods.' Then they taste one and they always say, 'wow! This is gluten-free?' It tastes as good as any high end baking or desserts. Our products may be gluten-free for celiacs, but anyone can enjoy them and everyone loves them," laughs Yanina Judkovski.

Case in point, Ohh La La's Apple Maple Cake, Chocolate Brownie and their Spanish-style Almond Cakes. With a perfectly cakey texture, rich, chewy moisture and tonnes of flavour, these are treats you'll keep coming back to Co-op for, whether or not you're cutting gluten from your diet.

Judkovski mixes his own gluten-free flours for his baked goods, so he can ensure quality and freshness.

"We use seven special components to make it light, and that's why we can get baking that's comparable to regular flour with gluten. The ingredients include things like potato and tapioca starch and brown rice flour and they're are all local," explains Judkovski.

"This is not just a business for us," says Judkovski. "We realized we are helping a lot of people by giving them products  that are really tasty, incredible and comparable to regular products. Celiacs don't need to feel left out any more." 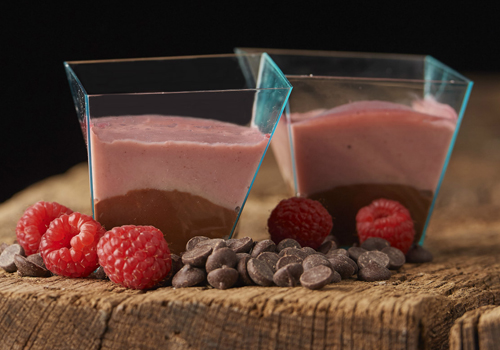 Vegan Treats and Desserts Too
Ohh La La Gluten Free Bakery is also making vegan desserts and treats too; often replacing butter and eggs with ingredients like applesauce. Their Raspberry Banana Chocolate Mousse Dessert is found in the Co-op bakery freezer. The creamy texture and rich, fruity taste means you could serve it to non-vegans (alongside one of their cakes), and they'd probably never know it was either frozen or gluten and dairy-free.

Ohh La La is also now producing macarons for Co-op. Three packs of different flavours are available in clamshell packages in the bakery freezer, or individually in the fresh bakery case. There 20 different flavours like pumpkin spice, dulce de leche/carmel, and Bailey's.

"We are so happy working with Calgary Co-op," says Yanina. "They focus on small businesses and local products and we love that."

For those who dismiss gluten-free as a fad, Judkovski explains that while some may be on a diet bandwagon, there are thousands of celiacs and gluten-sensitive people who aren't going gluten free for the novelty; it's a matter of their health.

"They deserve to have high quality baked goods. We do everyday products, but with high end quality, excellent presentation and the freshest and finest ingredients."