When thinking of foods that have made an undeniable impact on the western world, bacon is at the top of the list.

It’s a household staple, an often-craved indulgence, and one of the few proteins that arguably goes with any other protein.

Bacon evokes our senses, starting with the unmistakable smell when it hits the frying pan, rousing many from sleep. It’s hard to imagine that any plate of bacon has made it from the frying pan to the table without being sampled by the home cook along the way.

Most importantly, bacon is the ultimate comfort food. It reminds you of home, comfort, and relaxing on a Sunday morning, lingering over a breakfast prepared with love.

Why is Bacon so Delicious?

Bacon’s secret, like Mitchell's Heritage Thick Sliced Bacon, is its umami flavours. Umami is what we think of as “savoury,” and it’s considered the fifth taste alongside sweet, sour, salt, and bitter. Bacon provides a delightful taste, along with saltiness and often some sweetness (think: maple).

The other secret to its success is that bacon is an easy thing to cook. Heat a pan, place the bacon in it, or line a cookie sheet with foil or parchment and add a layer for bacon for a spatter-free alternative.

Some people love their bacon chewier; others prefer it so crispy you could cut things with it. There’s no correct answer, and it’s all delicious.

While bacon might be the bad boy of the healthy eating world, it does have some solid stats to show. Bacon is high in protein, and breakfast is generally a meal that doesn’t have many protein options, especially for those who don’t like—or can’t eat—eggs.

Bacon is also a low-carb dream, containing only trace amounts of carbs, though this may vary if you’re choosing flavoured bacon. It also contains omega-three fatty acids, essential for the formation of cells and maintaining the heart, lungs, and immune system.

Where does bacon come from?

Bacon dates back as far as 1500BC China, where farmers cured pork bellies with salt. It’s likely that the Romans and Greeks learned about curing meats and how to produce bacon from their campaigns in the Middle East. The Egyptians were masters of curing and prolonging food with salt, so it’s also possible that the concept was brought back across the Mediterranean by the Romans.

We get the word bacon from a middle-English word which in turn came from a Germanic word “bakkon,” meaning “back meat.”

In North America, Oscar Meyer began packaging pre-sliced bacon in 1924, making it a staple in homes and part of the family breakfast. Bacon also had a renaissance of sorts in the 1990s after years of diet fads died off, and it’s as popular today as ever.

And here’s a fun fact we can’t resist sharing…The saying, “to bring home the bacon” reportedly comes from the Essex region of England, where any man who could claim that he had not quarrelled with his wife for a year and a day would receive a free side of bacon. Thus, if you could “bring home the bacon,” you were a model husband.

Bacon is so popular that while it works perfectly well on its own, its umami flavours lend themselves to so many other meals. The most famous is the bacon cheeseburger, where it brings a crunchy, salty taste to the North American classic.

Sandwiches and wraps are a great place to add bacon, accenting and enhancing the flavour profile of whichever protein you’ve chosen. Caesar and Cobb salads often include bacon, bringing a different texture and saltiness to the dishes.

Bacon is a popular ingredient in quiches and pasta dishes, such as pasta carbonara. Many breakfast dishes like bacon pancakes and pannekoeken also use the umami taste to great advantage.

The popularity of bacon has led to it appearing where one wouldn’t normally expect to see a cured meat, like cookies and ice creams. You can find bacon brownies, bacon butter—even bacon milkshakes.

The story of Turkey Bacon - a great pretender!

While some find turkey bacon sacrilege, there are folks who can’t eat pork or need to watch their salt intake—and who are we to deny them bacon? That’s where turkey bacon, like Lilydale Turkey bacon, comes in.

Turkey bacon is made by grinding both light and dark turkey meat and adding seasoning and some preservatives, and pressing it into strips. It tends to have less fat and calories, and as such, it may be a healthier bacon option. The lower amount of fat means it might not cook the same as pork bacon, so it might not be a great substitute in all recipes.

This week we’re cooking with Mitchell's Heritage Thick Sliced Bacon and Lilydale Turkey Bacon. Why not go back to basics and whip up a classic BLT? Or our Bacon & Tomato Galettes are a fun twist on quiche… or wraps. For a meal the kids are sure to love at any meal, this Bacon & Egg Pizza is tops!

Bacon is a food that has become a part of our lives, culture, and identity. It’s hard to imagine the food world without out. It’s possible that the next thing you do after reading this to seek out some of that delicious, crispy, salty goodness. Who could blame you? 1. Fry bacon until golden brown; drain on paper towel to absorb excess fat.
2. Slice the tomatoes and toast your bread.
3. Skip the butter and spread fresh salsa on your toast before adding bacon slices, tomatoes, spinach and/or arugula.
4. Slice in half and enjoy. 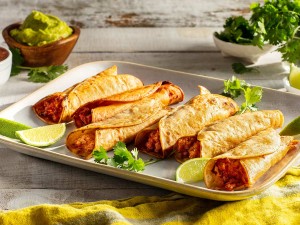 As summer turns to fall, our culinary thoughts move from hamburgers, fresh garden salads, and steaks on the grill to hearty, warm foods that can… 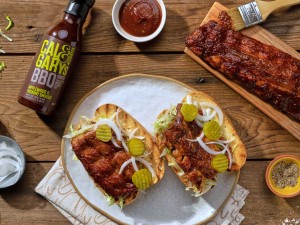 There’s no question that the king of the summer grill is pork back ribs. 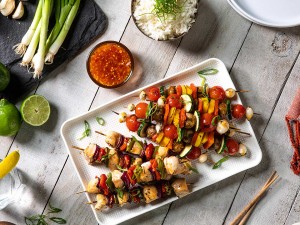 Ready to bring your summer dinner party offerings to a new level? It’s time for kabob night! This flavourful meal is versatile, easy to prepare,…

Back to Top
Calgary Co-op Learn Make It Tonight: Bacon
Back to Top