It’s been around almost as long as we’ve had dessert. With its billowy, caramelized top and its vibrant, sweet-tart filling, lemon meringue pie is a classic dessert for a reason. It's tasty, showy and relatively easy to make at home from only a few ingredients.

With fresh lemons available year round, lemon meringue pie is the perfect sweet summer treat, and because of it's lighter flavour, it's a nice compliment to summer meals.

Lemon Meringue Pie - a sweet history
Believe it or not, lemon custard pie has been around since the Middle Ages, but it wasn’t until the 1800’s that the chemistry and physics of meringue was understood and the fluffy topping was perfected. A Swiss baker by the name of Alexander Frehse gets the credit for writing the first lemon meringue pie recipe, and once the creation made it to North American shores years  many later it rally took off. Particularly popular in the southern U.S. where citrus fruits are in abundance, the pie soon became a hit at restaurants and bakeshops everywhere.

Pie Parts - Flaky Crust
There’s so much to say about pie crust — and we have before! Read our blog ‘Pie Crust Basics’ for some tips and tricks on making your pie crust. Crust is an art, though there are some who say that even mediocre pie crust is good pie crust. Start with fresh, cold ingredients and be gentle with your dough — that’s the secret to an excellent crust.

With lemon meringue pie you'll need to blind bake the shell. Blind baking means baking the bottom crust before adding the filling. It's most often used with creamy fillings, and it keeps the crust from getting soggy. 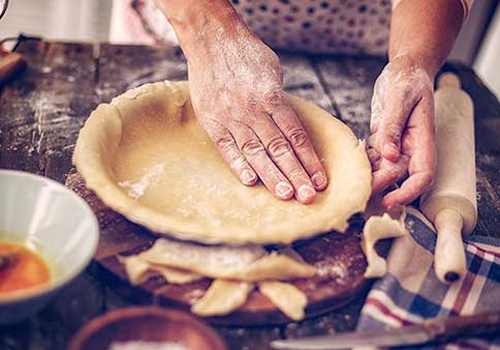 Pie Parts - Lemon Meringue Filling
The centre layer of this pie is where all the flavour is. Made with butter, lemon juice, lemon zest and eggs, the filling is a basic lemon curd that firms up once chilled. Of course adjusting this filling by swapping lime for the lemons, or using bananas or coconut will give you key lime pie, banana cream or coconut cream. 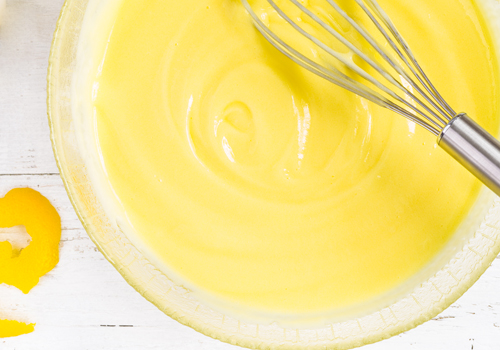 Pie Parts - Meringue Topping
The crown on this stately pie is a tall billowy cloud of whipped meringue. Meringue is made from egg whites and a touch of sugar, and then a heck of a lot of air is beaten in. That's what gives the egg whites their foamy appearance. With the right amount of whipping, egg whites can expand up to eight times their original volume.

The sugar isn't just to sweeten the toping. It helps caramelize it too if you opt to brown the meringue with a kitchen torch or under the broiler. It also stabilizes the whites by coating them and keeping them from drying out, so don't skip it! But adding the sugar can actually deflate the whites if you're not careful. Don't start adding it until the egg whites have been whipped up to about four times their starting volume, and be sure to add it slowly and gradually. 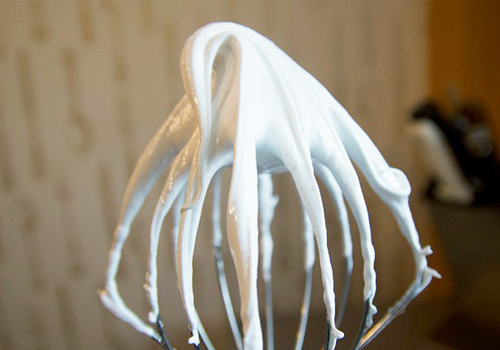 Spilling secrets
Another handy add to your meringue is Cream of Tartar. Popping a pinch of this simple chemical found in the spice aisle helps to further stabilize the egg whites and makes whipping easier. Cream of Tartar is actually potassium bitartrate, which is a byproduct of winemaking and is found in the bottom of wine barrels after fermentation.

Make it in stages for easy dinner party prep
Lemon meringue pie is easy to make in stages, then to assemble when you’re ready, making it a great option for a summer dinner party. Bake the crust the day before, whip up your filling morning-of and then do the meringue an hour before guests arrive.

Lemon meringue pie is best served cold so the custard stays firm and the meringue doesn’t melt. If left out of the fridge for too long your meringue will start to sweat and soften, and while it still tastes amazing, it starts to lose its lustre.

When all the layers of this pie combine, they create a wonderfully balanced desert that's light, fresh and tasty. Perfect for a summer’s eve.

Check out this hugely popular and well-rated recipe from AllRecipes, or dig out your grandma’s cookbook and find a another version that will no doubt wow family and guests. 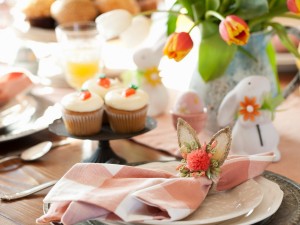 Spending time with your family at Easter is one of the first joys of spring, and it’s made even more wonderful when you gather around…