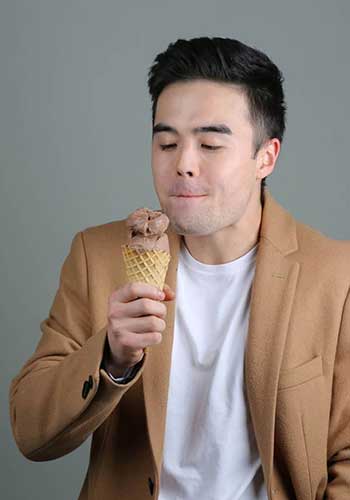 When Calgary entrepreneur Dan Boria decided to try out the keto diet, he was fascinated by the science of it. He was interested in how cutting carbs and sugar, and increasing his fat intake helped his body burn fat faster, and how it ultimately helped him feel better.

“I had more energy, my brain just felt like it worked better, and I was sleeping so much better. Many people doing the keto diet say it helps inflammation go away. It has all kinds of benefits.”

But for Boria, something was missing and that was his favourite pre-keto diet treat: ice cream. So he set about making his own keto-friendly version in his kitchen, a concoction that would adhere to the principals of the keto diet, while still satisfying those cravings for something rich and creamy.

“I was really missing ice cream, but ordinarily, due to the sugar, it’s considered a ‘cheat’ food”, explains Boria. “So I started making this ice cream with no sugar, but with plenty of full fat cream, as well as flavours like dark chocolate and natural vanilla.”

Boria’s foray into ice cream would be short lived. As a busy professional with another business to run he didn’t have time to make his own ice cream as often as he wanted to eat it, so he started calling ice cream manufacturers to see if they’d mass produce his keto ice cream just for him.

“I was prepared to buy as large a batch as they’d need to make—at one point I was talking about 200 litres so I’d practically never have to make it again—if they’d just do the work for me,” Boria recalls. “I went through a few manufacturers but the lack of sugar in the recipe means it doesn’t move through commercial ice cream makers the same way, so a lot of them declined.”

Boria dropped his idea. Until recently, when he went back on the keto diet. And started craving ice cream again.

“I thought well, why aren't I selling this product? If I wanted it so bad that I was willing to buy that much because it’s so good, scratching my own itch, so to speak, I bet others are going to want the same thing.”

Boria went back to the drawing board with a new vigour. He hired a food scientist to help him reformulate his recipe into something that could be commercially made on a large scale. With what he says is Canada’s first keto ice cream recipe, his next mission was to find a manufacturer.

“There probably isn't an ice cream manufacturer in Canada that you could list that I haven't talked to!” 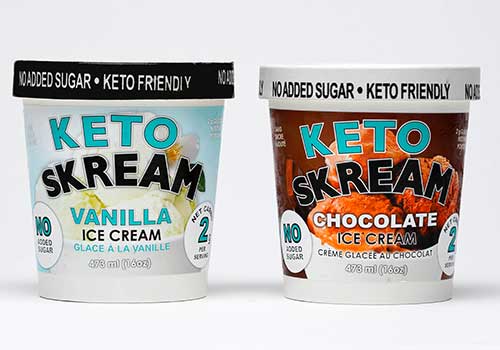 Eventually he found a partner and Keto Skream was born, launching with its first two products in late 2019. There’s a Keto Skream Chocolate keto ice cream and Keto Skream Vanilla and both have just become available at Calgary area Co-op stores.

“I’m glad to be working with Co-op on this. I’m a big fan of Co-op and I like to shop there personally, even if it’s out of my way because Co-op is so local-focused. They really want to help people buy local and they support the local community and local businesses.”

Boria now has his wish for an unlimited supply of ice cream, and says he’s working on new flavours of Keto Skream too.

“Being able to eat really good ice cream and not be cheating on your diet is a really big deal. I’m glad we’re able to share this.