Last summer, in the midst of renos and entirely without a kitchen, I cooked outside on the grill more often than usual. In doing so, I discovered there are very few things that can’t be cooked on the grill - especially when you consider the fact that a sturdy cast iron pan can be used directly on it. Cast iron substantially increases your grilling options.

When it comes to dishes like jambalaya - something I wouldn’t even consider making on the barbecue on account of the number of ingredients and all that rice - cooking the chicken, sausage, peppers and shrimp directly over open flame adds a smokiness and charred bits that make the dish divine. The onion, garlic and rice (starting with cold, leftover rice means the grains will stay separate and be easier to work with) can be done in the pan while the meat (and any veg you want to add) is cooked alongside and added to the mix as you go - when it’s done, dinner can be served straight from the skillet, set in the middle of the table. It’s a perfect way to make use your grill and cook outdoors while doing so doesn’t require snow boots - especially if you’re getting tired of burgers. (It happens!)

Preheat the grill to medium-high and set a large, heavy cast iron skillet directly on grate. Place the chicken thighs, sausage and peppers on the grill alongside it and cook, turning, until charred and cooked through. Remove to a wood cutting board and when the meat and peppers are cool enough to handle, cut into bite-sized pieces.

Meanwhile, add a drizzle of oil to the skillet, and when it’s hot add the onion, celery, and garlic. Cook, stirring often, for 4-5 minutes or until softened. Add the tomato paste and cook for another minute, then stir in the tomatoes, scraping up browned bits. Mix in the rice, spices, thyme and bay leaves. Add the stock; season with salt and pepper and bring to a simmer. Move the pan to a cooler spot (or reduce the heat), cover with foil, and simmer until almost all the liquid is absorbed, 20–30 minutes.

Season shrimp with salt and pepper; quickly cook on the hot grill, then mix into the rice along with the grilled peppers, chicken and sausage. Toss to combine and top with parsley. 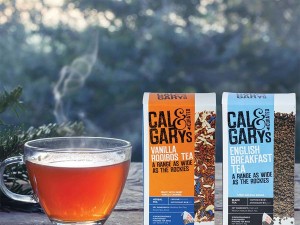 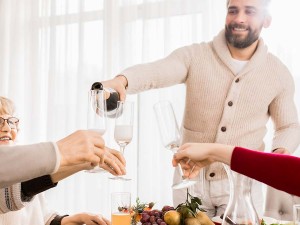 Hosting that perfect dinner party can be a challenge at the best of times. 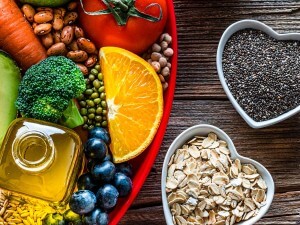 Top 10 Superfoods to Ring in a Healthy New Year

As the year comes to a close, and we’ve had our fill of decadent (but delicious!) holiday meals, we naturally start to think about the…