Not just for cooking and baking, they could also be helpful in treating and preventing common ailments.

Herbs and spices are not just for cooking and baking, they could also be helpful in treating and preventing common ailments. Which ones should you consider adding to your diet? These five herbs and spices are worth considering because of the numerous health benefits they offer. Want to learn more? Ask your local Co-op natural Choice Advisor! 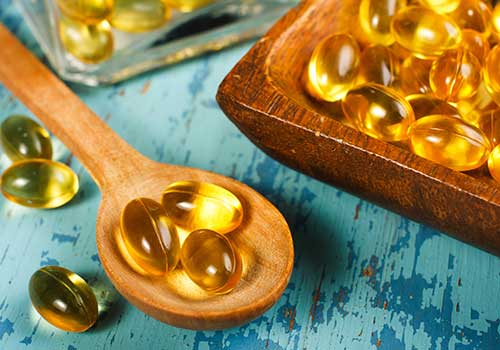 Oil of Oregano
“Oil of Oregano has been used for hundreds of years as a natural anti-microbial for everything from the common cold to nail fungus. It can be used in a pill form or as an oil which is the most popular,” explains Carmel Gagnon, Natural Choice Advisor with Calgary Co-op.

Oregano is a flowering plant grown nearly worldwide, but the species is of European origin and within the same plant family as mint. Oregano contains several acids and compounds that can be useful in treating and preventing a variety of ailments.

One of the most abundant compounds within oregano, carvacrol, has been shown to slow bacterial growth and can be used for cleaning purposes. Thymol, another naturally occurring compound within oregano, is an antifungal that can be used topically for treating nails and extremities. Oregano also has antioxidant properties, including rosmarinic acid, which helps prevent free radical damage.

How to take Oil of Oregano
Oregano is widely available, and its essential oil can be applied topically, when mixed with a diluting carrier oil, for antifungal and antimicrobial purposes, but should never be ingested. Oregano oil extract is not as potent as the essential oil, but is safe for both oral consumption and topical application. The oil extract is most commonly sold in a pill or capsule form and is widely available where supplements are sold. If you would like a deeper dive into the health benefits of oil of oregano, check out The Cure is in the Cupboard: How to Use Oregano for Better Health by Cass Ingram. 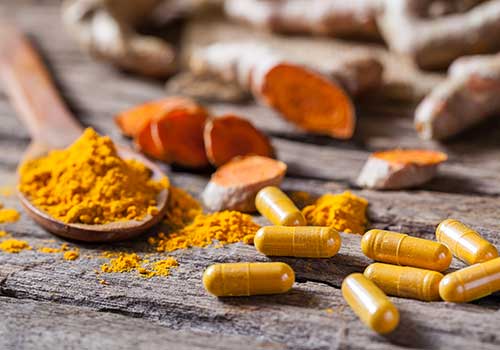 Turmeric
Turmeric is known for its anti-inflammatory properties, as well as improving a variety of other common conditions. Turmeric contains curcuminoids, which are natural anti-inflammatory compounds. Curcuminoids have been linked with positive effects on several diseases, like Type 2 diabetes and irritable bowel syndrome (IBS), through scientific studies. Turmeric is also believed to help relieve itching, provide relief from heartburn, and ease stress.

“Turmeric is widely available in a powder form that can easily be added into drinks and meals. It can also be readily found in some prepared foods like curry, and in some versions of mustards, cheeses and butters,” Gagnon adds.

Cinnamon
While many of us probably associate cinnamon with baked goods and holiday treats, it has been recognized and used for its health benefits for hundreds of years.

Made from the inner bark of trees, the oily compound in cinnamon, cinnamaldehyde, gives this spice its distinctive smell and flavor. Cinnamaldehyde is believed to be responsible for nearly all of the health benefits of cinnamon, including its anti-inflammatory and antioxidant properties. Cinnamon has been linked to a reduction in blood pressure, and some scientists believe the regular ingestion of cinnamon can reduce cholesterol.

Ginger
“Ginger is a powerhouse when it comes to health benefits and treatments,” shares Gagnon. “Gingerol, a compound naturally present in ginger, has been used for centuries to help fight illness like the common cold, aid digestion and reduce nausea.”

Ginger has become a go-to for many pregnant women as it is a natural way to prevent and reduce the nausea associated with morning sickness. Ginger’s anti-inflammatory properties have made it a common treatment for osteoarthritis, and other pain issues, as it can help reduce pain and lessen inflammation. Finally, ginger can be used to help manage and prevent indigestion and heartburn. 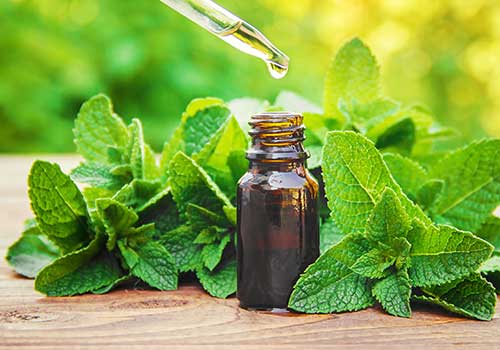 Mint
While mint is perhaps most known for its crisp flavor when added to food and drinks, the health benefits of this plant are most noticeable when consumed in pill form or applied to the skin.

Mint is a good source of vitamin A and antioxidants. A few studies have demonstrated that mint may also be useful in improving irritable bowel syndrome (IBS), or at least in helping to reduce flare ups. Mint oil is believed to also help reduce or eliminate headaches and can be applied topically to offer relief for muscle pain and itching.

If you’re looking to try some more natural and herbal remedies, check in with your local Natural Choice Advisor at Calgary Co-op today! 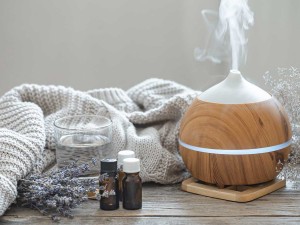 How To Use Essential Oils

Using essential oils can be a daunting prospect; with so many to choose from and so many different ways to use them, it’s hard to… 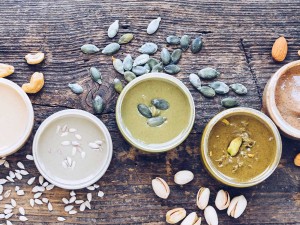 Nut and seed butters have gone through an evolution in the 21st century. 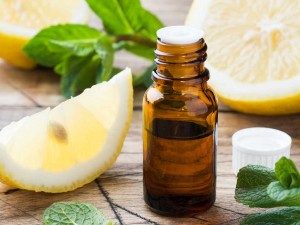 As we’ve spent more and more time in our homes, keeping a clean space becomes important for our wellbeing.