The traditional gift for a 10 year anniversary is aluminum or tin. Not exactly a glamorous choice for such a lengthy celebration, though it is said to represent durability and flexibility. Perhaps we could collectively change that traditional gift to something more fitting of a Calgary company’s decade in business, and since that business is Fiasco Gelato, perhaps a cool pint of some creamy, custardy goodness would be just right.

Celebrating Fiasco Gelato’s 10 Year Anniversary
Fiasco Gelato has been a Calgary institution, and was one of the first of what could be called the local craft ice cream shops, though Fiasco’s leader James Boettcher prefers you call it gelato when referring to his company’s wares.

Local & High Quality Ingredients
Ingredients in Fiasco's gelato are sourced as locally as possible, but buying the best quality is also important, according to Boettcher. While the blueberries in Fiasco’s Blueberry Basil are picked in B.C.’s Fraser Valley, the tangy, sweet basil is grown locally, while the pineapples for Mango Pineapple are flown in from sunny Hawaii, and vanilla beans come from the Bourbon region of Madagascar, unpasteurized honey is delivered direct from High River, Alberta. 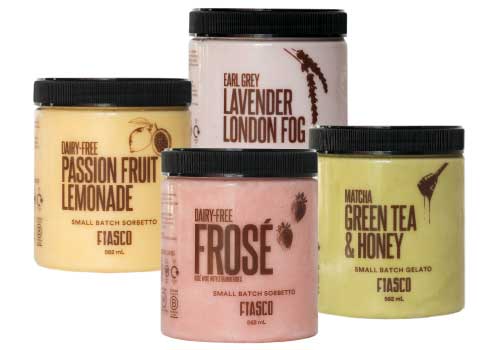 Find New Fiasco Flavours at Co-op
In honour of their decade of serving to the city, Fiasco is launching some new flavours;

Looking Back on a 10 Year Partnership
“When I took over Fiasco in 2009, I had a vision that we could take this little gelato shop and become an integral part of the community, not only in Calgary, but across Canada,” says Boettcher. “Now 10 years later, it couldn’t be more real. We are grateful to have Calgary Co-op as such an integral part of that recipe, and love that they took a chance on us once upon a time, so that today, we could enrich as many people's lives as we do.”

Fiasco has a strong commitment to quality and that's kept many coming back again and again, slipping the company’s clear plastic tubs of gelato from the Co-op freezer section into their carts, making Fiasco the top selling gelato brand at Co-op. Those clear tubs are purposeful; Boettcher wants you to be able to see the quality, and know exactly what you’re getting. 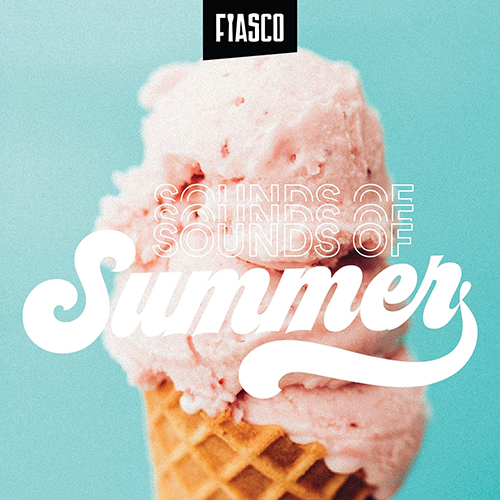 As another way to mark the company’s milestone, Fiasco is throwing what you could call a giant birthday party at their Calgary headquarters, complete with live music. The Sounds of Summer Festival will be held June 15th, 2019.

“At the core of Fiasco is happiness—it’s what we do. So what better way to continue to drive community building, and foster a world of inclusiveness, than to invite the whole city to celebrate our 10 year anniversary with us.”

The event features Dan Mangan and Stars, among several other acts. Not surprisingly for a man who once created an ice cream flavour for his pooch, dogs are also welcome.

If you can’t make it to the party, that’s okay. Stop by your nearest Calgary Co-op and pick up one of the new Fiasco flavours, or one of the old favourites, like Boettcher’s personal pick, Raspberry Lime.

"It was the first flavour I created, and it is our number one seller. It’s my golden child; it's so fresh, and refreshing.”