with just a hint of something unusual

We may be winding down our Cheese Festival, but you could say we’re saving the best for last.

All month we’re celebrating different cheeses and we're hoping to inspire you with recipes, ideas and information. This time we're featuring Goat Cheese.

What is Goat Cheese?
Goat cheese is made, as the name suggests, from goat's milk rather than cow's. Goat milk has a slightly different flavour than cow milk, and that makes for a more interesting cheese.

How does Goat Cheese taste?
Goat cheese definitely has a mild flavour, with just a hint of something unusual.

“There’s a slight difference. Goat’s milk has got a little bit more of a tang, maybe. It has a slightly different taste but when it’s fresh it shouldn't be that different,” says Carolyn Van Driesten, owner of Noble Meadows Farm which makes goat cheese for Co-op. 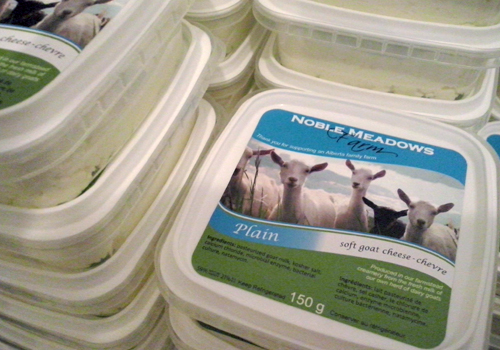 How is Goat Cheese Made?
Similar to other types of cheese, goat cheese is made by adding rennet or enzymes to the milk to thicken it and allow curds to form. Depending what form the finished goat cheese will take, it may be pressed and drained, whipped or even aged.

Easier to digest?
Some people who are unable to digest cow’s milk have found success swapping goat’s milk, and the same holds true with cheese.  If you’re unable to stomach regular cheese, a goat variety may be just what the doctor ordered.

“Goat cheese stands out due to its ease to digest,” says Cathy Strange, the global cheese buyer for Whole Foods Market, in a 2015 Time Magazine article. “The protein structure is different from other animals’ milk; it’s easier to breakdown because the fat does not separate.”

Types of Goat Cheese
There are a few varieties of goat cheese you might see in Co-op stores.

Chèvre:
Probably the most common style of goat cheese, Chèvre is a soft, creamy, spreadable goat cheese with origins in France, that's perfect for bagels, toast and crackers. It's also a nice addition to soups and pastas since it adds a rich and creamy texture.

Feta:
Feta cheese is sometimes made with goat milk. That’s what gives it a nice tang.

Blue Goat:
It's possible to find varieties of blue cheese made with goat’s milk.

Goat Brie:
Similar to blue veined cheese above, goat milk is a easy substitute for a cheesemaker when it comes to Brie. 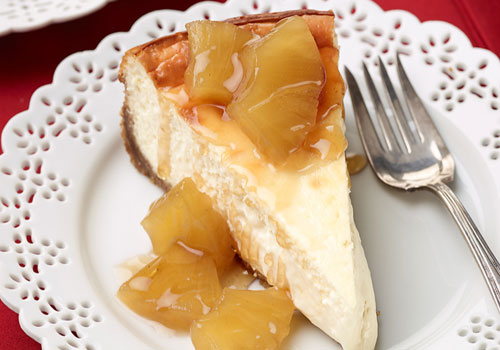 An unexpected way to use goat cheese is in cheesecake. You’ll find this recipe makes an ultra light and creamy dessert. 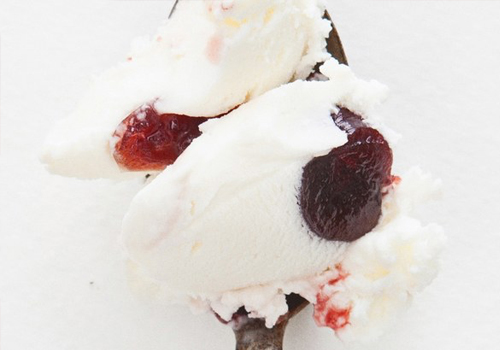 Or, this recipe lets the ice cream be the star with tangy cherries on the side for brightness. 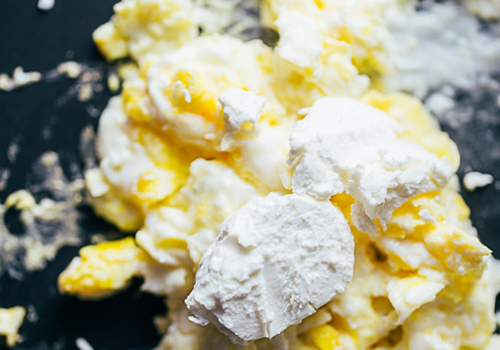 For a simpler dish, add a tablespoon of goat cheese to beaten eggs, then scramble them. 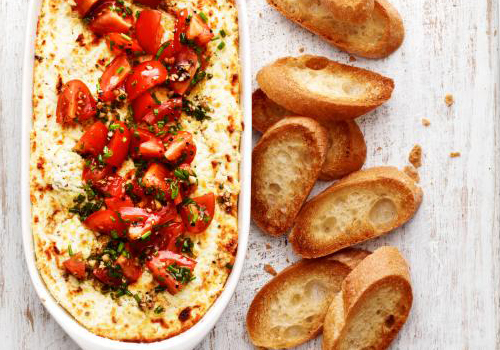 On the simple theme, this dip is easy to stir together and serve with fresh bread for the ultimate comfort food appetizer.

Pick up some of the fine goat cheese varieties at Co-op as part of Cheese Festival, and don’t forget to look out for Noble Meadows Farm’s soft spreadable goat cheeses in the cheese island.

Back to Top
Calgary Co-op Learn Cheese Festival: Goat Cheese
Back to Top