It's Cheese Festival time at Co-op where we celebrate all the forms of creamy, dairy goodness.

All month you'll find different cheeses featured and we're hoping to inspire you with recipes, ideas and information. This time we're featuring Brie.

Creamy Brie has a delicate but complex taste with a slight essence of mushroom or earthiness. The soft, melty texture makes it easily spreadable.

How Brie is Made

True French Brie is a soft cheese made from unpasteurized cow's milk. The milk is heated and mixed until a curd forms, then it's poured into moulds. Brie wheels are salted, then dried and drained and they're left to sit for days while their white jacket forms. That aging helps the cheese to develop its complex flavour and creamy texture.

How Does Brie Get its Rind?

Brie's rind comes from a type of mould known as penicillium candidum and it's fully edible. The same type of mould is also found on cheeses like Camembert, and some types of salamis. It adds to the cheese's texture and complexity but this layer of soft rind also keeps the cheese inside fresh.

If you're the type who scoops out the middle of the Brie to avoid the rind, you're missing out on some of the fullest flavour. (Try havarti or cream cheese instead!)

How to Serve Brie

Brie is best when served at room temperature. Store it in the fridge, but remove it about an hour before you plan to serve it. This allows the delicate flavours to develop, and the cheese's creamy texture becomes more pronounced.

Brie is made in many countries. Here in Canada, several cheesemakers craft their own Brie. It's also possible to find genuine French Brie, which uses milk from a particular area in France and has a more pronounced flavour.

You'll see different types of Brie in the cheese counter. 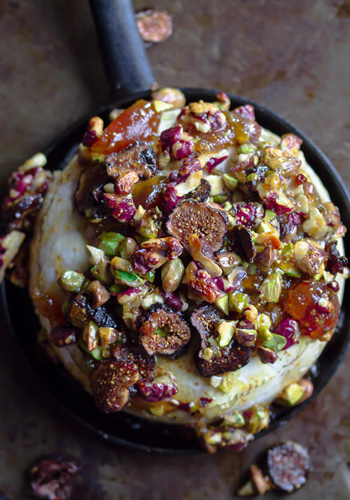 Because of its super-soft texture, Brie is a lovely addition to many recipes, but it can also be the standout in a dish.

Baked Brie
Baked Brie is an easy appetizer that is often the first to be gobbled up. You can bake it in a dish rather simply, or wrap it in pastry. 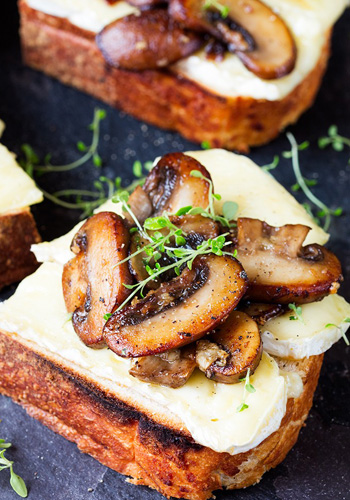 The addition of creamy Brie elevates basic mushrooms on toast.

With this recipe just warm sautéed mushrooms and hot toast to soften the Brie and create a quick meal that's just a delicious for breakfast as it is for lunch or dinner. 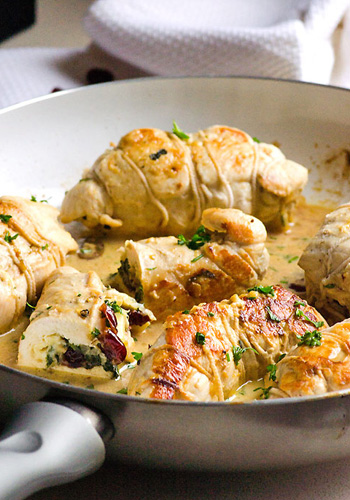 Brie also makes a decadent filling for roasted chicken. The softness and earthy flavour of the cheese compliments the roasted meat perfectly.

This recipe adds the tartness of cranberries to brighten the dish.

Add a wedge of smooth, creamy, and earthy Brie to your grocery list this week and check in next week on a new featured cheese.

Back to Top
Calgary Co-op Learn Cheese Festival: Brie
Back to Top