Christopher Boyse has a story that will resonate with many Calgarians who've been in the city over the last few years. After working in the financial sector for years, he became one of many who saw downsizing affect him personally.

"I lost my job a couple years ago and started making my own healthy snacks at home to save money," Boyse remembers. "I got really interested in mixing different ingredients and nutrients that would be good for brain health. I finally decided to turn it into a business."

Bolstered by his financial background and an MBA, and with the help of some Alberta entrepreneurship programs, Boyse began fine-tuning his concept. He majored in psychology as an undergrad, so brain health had long been one of his key interests, plus he's a former fitness competitor, active outdoorsman, and life-long meditator. His education, business experience, and hobbies all began to mesh together and he launched his company in 2018, calling it Brain Bars.

"I didn't want to make just another protein bar. What was missing in the market was a functional bar; there were protein bars, and granola bars. Those are designed to feed your body, but what I saw was missing is that there was nothing out there that fed the brain with specific nutrients."

One of the key components in Brain Bars is an algae oil that Boyse says is meant to feed both the heart and the brain. While algae may sound odd or unappealing, it's really not so different from taking fish oil supplements.

The natural oils are surprisingly flavourless, but inside the Brain Bar, there's enough Omega 3s to match what's in a fish oil capsule. Boyse also added other ingredients with good health reputations, like dark chocolate and almonds, foods he says that are great for brain development and function. Boyse's first Brain Bar is Dark Chocolate Almond, and though he can't say much, he adds he's currently in development on two new flavours.

For a while, Boyse was making Brain Bars by hand but when demand started increasing he found a reliable manufacturing partner and put away his rolling pin.

"I was literally rolling these out on the counter, and using a pizza cutter to divide them up!"

Natural and local ingredients whenever possible were key for Boyse when he started formulating Brain Bars. The oats are from Western Canada, and the honey from Alberta, for example. The ingredients are rounded out by pea and other plant proteins.

The launch of Brain Bars is timely, too, since many North Americans are beginning to evolve their diets to focus less on meat and more on sustainable vegetable proteins, which some trend analysts see as the future of food.

Brain Bars are available now at Co-op grocery stores, launching to coincide with back to school - a time when many of us are shaking off the summer cobwebs and refocusing. While Boyse's bars don't make any claims about making you smarter, he says that his recipe uses safe, healthy ingredients that have known health benefits, and consumers can connect the dots.

"We're about making smarter lifestyle choices and more mindful choices about what we eat. I've been really grateful for the support from Co-op," says Boyse. "It's been a really great experience for me working with Co-op. They've been so supportive of me as a new entrepreneur, it's really made a big difference." 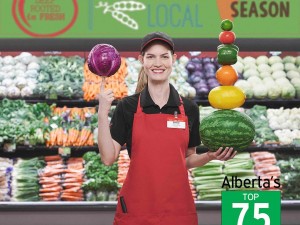