Family-Owned and Based in Calgary

The Original Recipe Has Stood the Test of Time 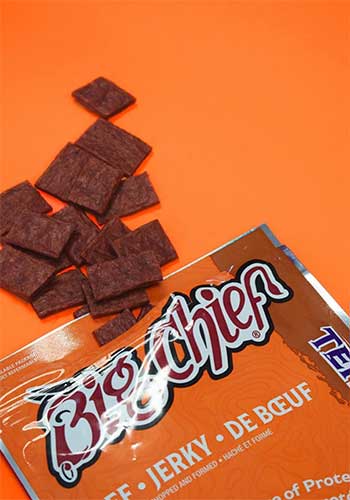 “The recipe for our Original beef jerky was created by my grandpa back in the 1970s, and hasn’t changed since then,” shares Michelle McGillivray, Business Development Director at Big Chief Meat Snacks Inc. “After the initial success of our Original beef jerky flavour, we launched new flavours including Hot and Teriyaki Jerky in the 1980’s and continued to experiment with other flavours throughout the years.”

Big Chief jerky is available in four flavours; Original, Teriyaki, Jalapeño and Hot can be found at Calgary Co-op stores.

While many Albertans may be familiar with the brand and the taste, what they may not realize is that the business is based in Calgary and family owned. For three generations the Klein family has been using cuts of 100% Canadian beef to create a tender meat snack that is an excellent source of protein. McGillivray is not just an employee of the company, she’s the granddaughter of founder Wilhelm Klein.

“97% of our ingredients are sourced right here in Canada, and we only use 100% percent Canadian beef, 78% of which is from Alberta.” McGillivray explains. “We’re unique in our process as we chop and form our beef jerky which allows us to keep a consistent flavour and texture throughout.”

In the 1950s, founder Wilhelm Klein immigrated from Germany along with his and opened two delicatessens called Tip Top Sausage. As a master butcher, Wilhelm brought skills honed in Germany to Calgary and customers at the shop would ask for “The Big Chief” when referring to him. When the switch was made from delicatessen to beef jerky manufacturer in 1971, the new brand “Big Chief” was created.

McGillivray says being part of a family business has many advantages, including allowing the whole Klein clan to be closer to their customers

“If someone calls or sends us an email with feedback, or a compliment, it allows us to respond personally to the customer right away without a generic corporate response, and I think our customers really appreciate and deserve that dedication to customer service.” 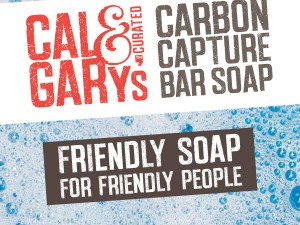 Lather Yourself With Sustainability

Keep yourself and the environment clean with the launch of our new Cal & Gary's Carbon Capture Bar Soap! All six fragrances…