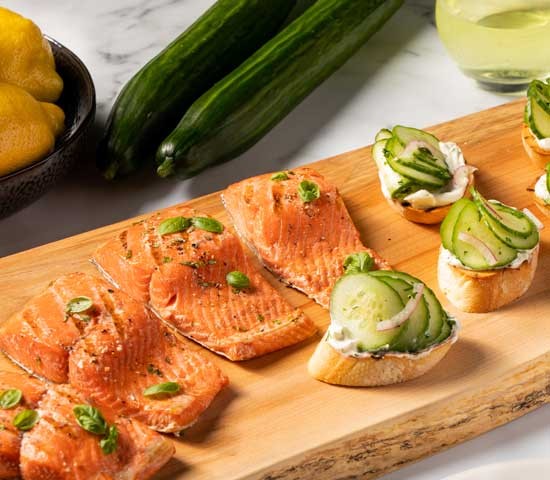 Lightly rub salmon with 1 tsp olive oil and season with salt and pepper.

Mix well and allow the cucumbers to macerate and weep their water. Set aside for later.

Now grill the salmon. Grill 3-4 minutes on each side until desired doneness. When salmon is almost done put the baguette on the grill and toast until golden brown. About 1 minute per side.

When time to assemble. Smear the cream cheese onto the crostini and top with the drained cucumber salad. Serve with the grilled salmon and enjoy!